Sexy employees a distraction or an attraction? 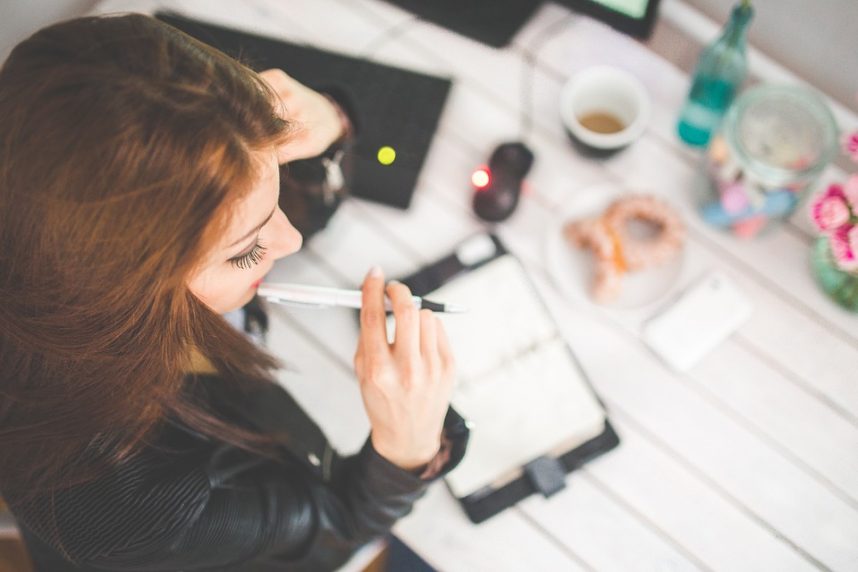 Recently, a Citibank employee was allegedly fired for what the woman claims “for being too sexy.”

We asked several people what they think about this incident and this is what they had to say.

Barbara DesChamps, author of the book – It’s In The Bag: Your Custom Business and Travel Wardrobe says “It depends on the business, the personnel and the reason for the sex appeal. Many people attract the opposite sex even if they dress modestly. If their clothes are inappropriate for any reason, that could distract colleagues and customers from the business at hand. ”

John Richardson, Owner of richiesqualityproducts.com says “As a business Owner, I would fire my Mother if she becomes a distraction. It happens all the time. Nobody has the right to become a distraction. Anybody can tone it down.”

Maria Marsala who worked in Wall Street in the 70s narrates us her story where she says “My boss recommended that I purchase different clothes than the mini-skirts I was wearing. I purchased better clothing and covered up more. But being young, I also wore tight sweaters and hooker boots at times. When I did wear these I got comments that I didn’t appreciate.”

Dr Linne Bourget, founder CEO of Institute for Transformation Leaders and a leadership expert for 25+ years says “studies have shown that women who dress too sexily are often not regarded as professional and thus receive fewer promotions. You are not there to be sexy, you are there to work. If you dress really sexy, you are saying you are not focused on the job. Save the sexy clothes for after work.”

She further goes on to say that “Unless you are in show biz or modelling, selling hot clothes, lingerie, etc being sexy is not helpful but a distraction. Research shows that more attractive people sell more for their firms, not because they dress suggestively but because they are more attractive in their suits. Professional firms like finance, law, senior executive suites, etc are not the place to show skin. I have worked with senior executives for 25 years and not once have I seen anyone dress too suggestively at that level.”

Harry Griendling, CEO of DoubleStar Inc, a leading consulting employment firm says “If you expect the level of work of your other employees to decline by keeping the sultry staff member on payroll then you really have to take into consideration continuing her employment. It’s another matter completely if the employee is causing a disruption due to a specific style of dress or an overly sexual behavior that has no place in the work setting.”

Dr Kac Young, a licensed spiritual counselor in The Science of Mind philosophy says “I fired my assistant several years ago for being too sexy, too revealing and thus too distracting. If you are running a nightclub, it could be helpful. If you are in a corporate environment you can make others less endowed feel insecure or take the focus off what people at work need to accomplish. ”

Bruce Hurwitz, President and CEO of Hurwitz Strategic Staffing, Ltd has an interesting story to tell us. He said “In one of my first jobs I had to deal with the problem of distracted men spending their time day dreaming about an 18-year old who definitely dressed provocatively. The distracted men were the executive director, controller and division director. I told them that they were acting like a bunch of damn fools. I also told them that they could wind up getting sued and that I would testify against them.

From that point on, they were no longer distracted. The 18-year old is now my attorney. A year or two after that incident, of which she knew nothing, they asked her to file charges against me for harassment. There was none and she refused. (I had been helping her with her school work. She was an immigrant and I corrected her English. That was the reason why we spent time together in my office and became friends.) She also decided not to tell me about it until years later – which was probably a good thing.”

Beverly Solomon, who formerly worked as a model and then is sales and marketing for major brands like Diane von Furnstenberg, Revlon and Ralph Lauren believes “It is no more fair to penalize a woman with a great, even sexy shape than to penalize another woman who is not blessed with looks.

On the other hand, if the woman is an exhibitionist, flirt and dresses over the top she should be given a clear list of complaints and if she does not conform to standards of dress and behavior that are considered necessary for good office functioning, then perhaps she should be fired. In other words, if she looks sexy and yet conducts herself morally and does her work she should not be bothered. If she seems to purposely draw attention to herself in a manner that is seductive or flirtatious, that is a different matter altogether.”

She also believes “An attractive employee with high sex appeal either male or female can be a plus just as a beautiful office and well designed furniture. The overall impression of being healthy, well groomed, and attractive are all part of the sexy image.

Beverly does seem to feel quite strongly about this topic. She also revealed to us that when she was in sales and marketing for Diane von Furstenberg, Revlon and Ralph Lauren she was always hiring the most attractive men and women that she could for ads, promotions and yes for sales!

What do you think about this incident? Write down your opinion in the comments section below.

How to keep employees happy?

PrevPrevious ArticleBook Review of Richard Branson’s autobiography “ Losing my Virginity: How I’ve Survived, Had Fun, and Made a Fortune Doing Business My Way "
Next Article5 Steps To Grow Your Business On TwitterNext