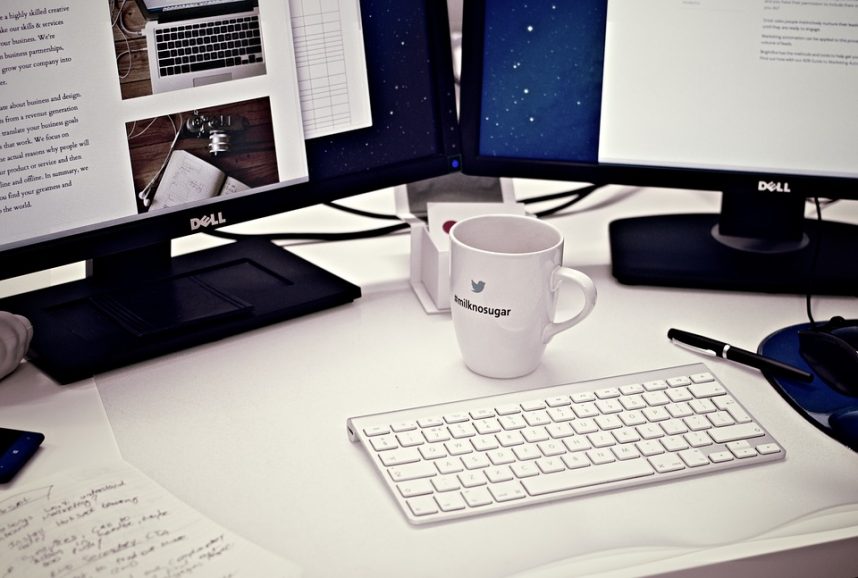 While your iPhone may be a powerful device, all that power is restricted to a four-inch screen. As all technology gets smaller and more portable, screens are forced to get smaller, too. So while technology is getting faster, many professionals are still hampered by technology. This isn’t because of lack of power, but because of the size of their screens.

But you don’t have to live life restricted to a tiny screen. Monitors are becoming cheaper than ever, making multiple monitors a popular solution to the screen space crisis. The Journal of Accounting recently polled over 400 CPAs in six states and found that 58 percent used at least two monitors in their daily work. However, CPAs aren’t the only ones switching to dual screens. Business, support and creative professionals of all kinds are making the switch to more screens for increased multitasking abilities and accuracy in various tasks including researching, preparing reports, remote access applications and communication applications. The reason so many professionals use multiple monitors is simple: Multiple monitors are an inexpensive way for any company, large or small, to keep costs down and maximize their return on investment (ROI).

Recently the NEC commissioned the University of Utah to research monitor size and aspect ratio as it relates to productivity. The study found that workers showed a 44 percent boost in productivity for text tasks and a 29 percent rise for spreadsheet tasks when using a dual monitor setup compared to a single monitor.

The study went on to break these productivity gains down into cost savings. For example: Switching from a single 17-inch monitor to dual 19-inch monitors brings a productivity boost that equals 56 extra days of work per employee per year. Imagine what a business could achieve with 56 extra days’ worth of work at virtually no cost.

It’s not just businesses that benefit. A study by the Software Usability Research Laboratory of Wichita State University found users preferred dual-monitor configurations emphatically. They were ranked as being more useful and more pleasant to use in almost all cases. Many participants often showed signs of disappointment when they were assigned a single 17-inch monitor during the study.

In fact, so many people want more and bigger screens that many tech companies are now using them as recruiting tools. They know that screen real estate is important and shows how much a company appreciates their employees.

There Has Never Been a Better Time to Switch

Installing multiple monitors has been an issue for a long time. Unless you have a big-tower-style computer, it’s unlikely you have all the ports you would need to have multiple screens. But now there are inexpensive adapters that allow you to hook up monitors via your USB port. That means any device with USB ports can potentially have multiple screens, even if your computer is older or smaller.

Whether you want more screens for efficiency, productivity, entertainment or for aesthetic reasons, there has never been a better time to make the switch to multiple screens.

Jared Norman is a writer at sewelldirect.com.

The Cheat Sheet You Need When Rebranding Your Business

What Is the Role of Technology in Business

Top Benefits of WordPress Site to Power Up Your Online Business