Is Modi’s ‘Make in India’ Enough? 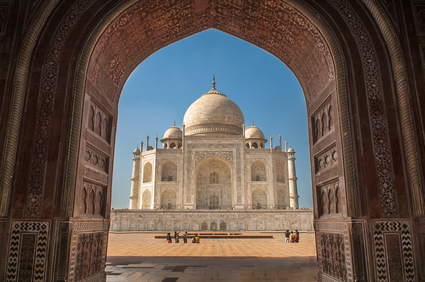 Prime Minister of India, Narendra Modi, visited Silicon Valley California recently and shared a platform with some of the largest technology powers in the world – Satya Nadella, CEO of Microsoft; Sundar Pichai, CEO of Google; Shantanu Narayen, CEO of Adobe; and 2 other American CEOs.

If you observe, three of the five CEOs on the platform were of India origin, who grew up in India. There’s been a tremendous change in the perceptions of Indians in India. Why is it that an Indian Prime Minister attracts so much of crowd in America? It’s not just the Modi factor. It’s got to be something bigger and deeper. Modi has been a strong catalyst though.

Many months ago, on a visit to China when PM Modi tweeted that once upon a time, people were ashamed to call themselves Indians but today they are proud to be Indian, it triggered a severe backlash on social media. Let’s face it, there was a time when Indians did feel inferior to people in the West.

The only way the British could rule us for over 300 years was to make us feel inferior about ourselves. That mindset lasted way beyond Independence too. Some of my friends in the business world tell me that even the stupidest white guy (in India) gets more doors opened for him than a smart Indian. Recently, a Telugu friend working in an Indian company started by an American said, his family will start to think more highly of him when he travels to America. So wasn’t Modi’s tweet at least slightly close to the truth?

It probably was, because many of them on social media are below the age of 25, and they were not even born at a time when most people in India didn’t have cars, it took over 1 year to get a phone connection, and there was just one television channel in India. Today’s generation of millennials just haven’t seen that time when Indians who went to America for college or work never returned for at least a decade.

The perception in the 80’s and even the 90’s was that there was no way you were going to do well in India, the only way you could do well in life was to move to America and live the American dream. Every Indian who came back from America for a holiday, or to get married (oh yeah, most single Men who did come back to India came only to get married) were very well respected.

I had several relatives in America who were doing very well there. As a child growing up in the 80s and 90s, it only looked natural to live and want that dream.

Eventually in 2001, I got that opportunity to set foot on American soil to create my American dream. Indians seemed to be very well respected in this foreign country.

There were so many success stories of everyday people who’d come from India with almost no money, and they had built a fortune either by working as engineers, doctors, or by starting their own businesses. While they’d made a fortune for themselves and their families, they also played a big hand in making America into the greatest and most powerful economic power in the world. There’s no denying the role of Indians in the world’s largest economy.
Unfortunately, my American dream didn’t last very long, and I did come back to India after all.

Now coming to Modi’s visit to Silicon Valley, and pushing his agenda of ‘Digital India’, and asking tech companies to invest in India. It’s a tall ask.

I’m not sure if those same values still exist in the largest economy in the world today. They have a billionaire Presidential candidate who’s encouraging Americans to be mediocre by building walls around the country. America was a country that encouraged its citizens to compete with the best. Protectionism is just telling them that they can afford to be mediocre because the government is going to build walls around the country and protect their jobs so that smarter people don’t take away their jobs.

At the other end of the world, a young country with a rich cultural history is fighting a different battle. India is still trying to find its values and its identity in a post independence world with a big majority of its population below the age of 25.

The path that this young population chooses will define the future of this country. Are we going to get trapped in the caste game where people of certain castes are going to get reservations (India’s form of affirmative action), or are we going to follow a system of the ‘best person for the job’? Reservations will not be abolished by the government. It can only be done away by its citizens. The purpose of reservations is to help people who are at the bottom of the pyramid to move higher up. If there are people who are already higher up the pyramid who are going to benefit from reservations because of their caste, they should give up this privilege and let someone who’s at the bottom of the pyramid to benefit from it. Until this kind of self-governance takes place, we’ll struggle to see any form of equality.
Respect First, Success Later

One of the reasons Indians saw success in America was because they were given a platform to explore their talent and expertise. They were given respect. Until we create an environment of mutual respect, our dream of being a world power will be largely unfulfilled.

There are so many start-ups blossoming in India today, Sundar Pichai says, “India has the largest number of start-ups.”

Start-ups can play a role in building values of individuals, they should be a place not just to earn a living but a place to build your value systems and learn important life skills. That’s an important responsibility!

What do you think? Do you think ‘Make in India’ will work? Let us know your opinion in the comments below.