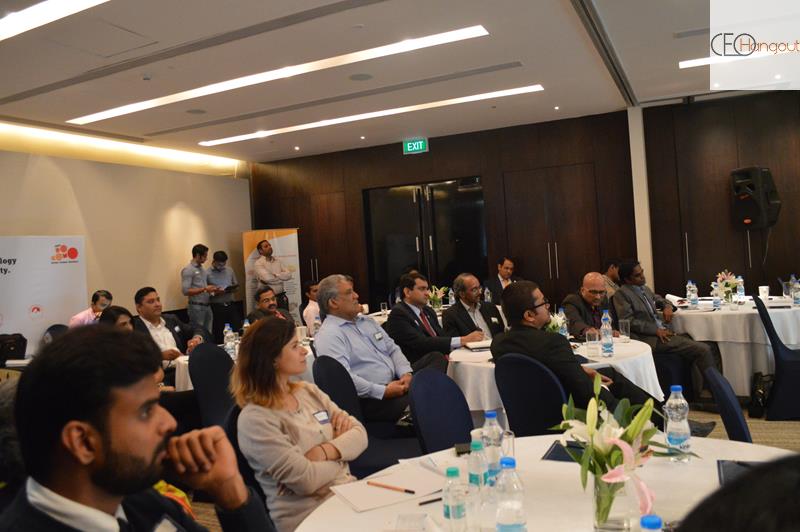 ‘Nobody is born great. Only consistent deliberate practice can achieve greatness,’ said Vinil Ramdev at the CEO Hangout Leadership Summit 2016 held at the Hilton hotel in Bangalore on Jan 21st, 2016.

The conference began with Vinil Ramdev, the founder of CEO Hangout doing a session on Analyzing Greatness. He spoke about the various myths that are generally believed to influence a person’s greatness but are not necessarily true. With inferences from research, he debunked myths such as inborn talent, born leader and the role of natural ability. He went on to give examples of great athletes, artists and scientists who achieved greatness after several hours of consistent, deliberate practice.

Ian Faria spoke on the concept of value enhancement by looking into both personal and team aspects. He gave the attendees 4 easy to remember points to enhance their value. They were Know, Grow, Show and Flow.

Cherian Kuruvilla spoke on the behavior of a high performance leader.. He spoke of five areas of change namely thinking, development, inspiration, achieve and adapt.

Pavan Soni took the stage right after lunch and spoke on the need to bring a culture of innovation. Based on examples like that of 3M, Toyota, and so on, he shared with the audience what killed these companies, and why companies should look for creative employees.

CV Subash spoke on Spiritual Quotient, a level he encouraged every leader to operate on. He gave insights on how the efficiency of a company will increase if everyone started operating in SQ instead of IQ or EQ.

Krrish continued the ‘spiritual’ saga and added a pinch of psychology to it. He encouraged the audience to find a higher purpose in leadership.

Subhakar Rao gave the finishing touches to the conference by speaking on the marketing aspects of leadership. He gave a brief introduction into certain types of marketing like local marketing, global marketing, multi channel marketing and personalized marketing. He signed off by emphasizing on the need for marketing automation.

The conference ended with tea and networking where the attendees were able to make connections and share business cards.

Check our upcoming events on our event page, click here.