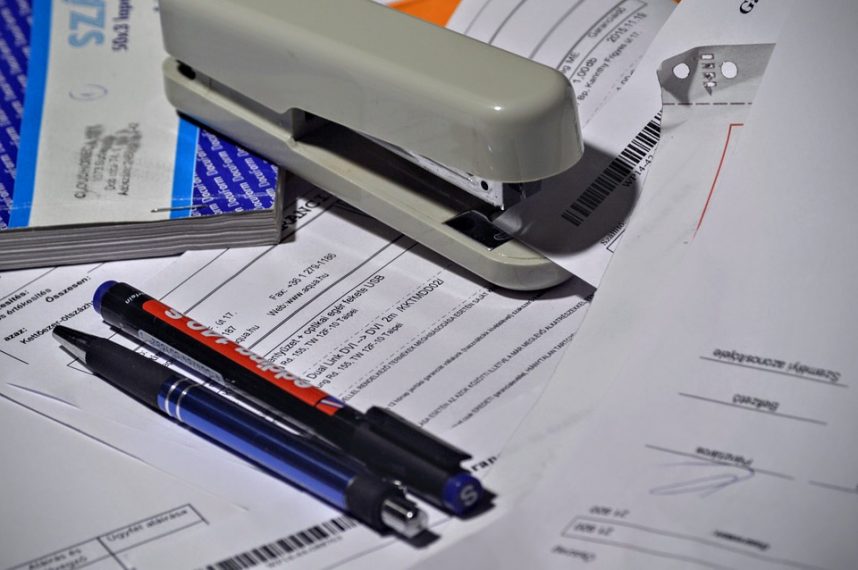 Anyone starting their own business will have a lot to contend with in today’s financial climate. Not only will you have to determine a suitable and feasible means of gaining initial investment, but you’ll also spend a lot of time chasing up clients, customers and other companies who fail to pay your invoices on time. Cash Flow is often one of the most significant issues faced by small businesses, and so you’ll want to do everything possible to deal with monetary matters in a timely and professional manner.

As the old saying goes “you should lead by example”, and so the very first thing you need to do is create a system whereby any money you owe is paid immediately. This will allow you to free up more time for working on growth strategies, and and portray the reliable and responsible image you desire.

Even so, no matter how hard you try to explain the importance of receiving payments on time, some firms simply won’t oblige. You could, of course, break up your professional relationship with businesses like this and refuse to supply them in the future, but that could negatively impact on the level of sales you currently achieve. So, it’s best to take the amicable approach. The only trouble is, if you let people think you’re a walk over, they’re likely to be late with payments time and time again, which is why you also need to create a process for this occurrence.

Obviously, you want to start soft and friendly, as they may just have forgotten or mislaid their paperwork, but after that, there’s nothing wrong with taking matters to the next level. With this in mind, here is a basic step by step guide you might like to follow. Hopefully, those in debt to you will soon change their ways after you implement it.

As I just mentioned, many businesses will have simply forgotten to pay you, and so sending them a friendly reminder email could be all you need to do. Be careful not to seem pushy, as everyone makes mistakes, and they could pay up as soon as they read your message.

Try something like “Hi guys. We’ve just noticed you haven’t paid out invoice yet this week. We were just wondering if this is an oversight, or whether there’s anything we can do to help.”

The chances are, they’ll just pay the bill and send you a reply letting you know all is well. However, if there is a problem, at least you should find out about it pretty quickly, which gives you ample time to reach a mutually beneficial agreement before anyone has lost out.

It’s still not time to start panicking just yet, so don’t sound too concerned on the phone. Just repeat the same basic message you sent out in your email, and mention the fact they’ve not replied. Again, the likelihood of them trying to avoid you or pull the wool over your eyes is slim, but if that is what’s going on, you’ll be able to tell much sooner via a telephone conversation.

Just make sure you’re polite, and refrain from saying anything that could make you appear aggressive or desperate for the cash. 9 times out of ten, the payment will be in your account within hours. Once they know you’re going to call them when payments are late, they’ll be more inclined to sort them out promptly.

If the firm you’re having problems with hasn’t paid up after a few days, and you can’t get a straight answer on the telephone, it will be time to send your first letter. This should be casually written, and should contain nothing more than a friendly reminder. However, if you feel the need to include a sentence at the end explaining what will happen if they fail to reply, this might work in your favour.

Whatever you write in the letter, try to end it politely to let the company know you’re not too stressed with the issues they caused.

After a week has passed and you’ve not heard a peep from those who owe you money, you’ll need to step things up a gear by sending your first official letter. This should highlight the standards your business works to, and how you expect other firms to deal with your invoices.

On top of this, also include information about the process they’ve become involved in and explain that legal experts will be consulted if they continue to shun their financial responsibilities. Be careful how you word all this information though, as you don’t want to appeal to be forcing your hand quite this early on.

This is the letter you send out when you’re 90% certain the firm you’re dealing with are purposely ignoring your requests. Don’t be afraid of writing the words “FINAL DEMAND” in big bold red characters at the top of this one, as it’s in your interests to make them panic now. A considerable amount of time has passed since you sent your invoice, which means they have no excuse for not paying up pronto.

In the vast majority of cases, once a company receives a letter like this, the penny drops and they transfer the funds. Sometimes that doesn’t happen though, and so you’ll need to move onto more severe measures.

Step #6: Get Your Legal Team Involved

When every other technique has failed, you’ll be left with no choice but to get your legal team involved. If you don’t have one at the moment, you might like to look at some of the debt collection services offered by major law firms like Breens.

As any experts will probably tell you, depending on the amount owed, it could be wise to sell the debt on to a collector to limit your losses. However, if the amount is over a few thousand, you could even take the business to court, and if they don’t have the cash to pay; bankrupt them.

I’m sure you’ve all found this step by step guide interesting, so feel free to print it off in preparation for when this happens to you. Believe me, at one time or another, it will.

No need to thank me for the advice, it’s what I’m here for!