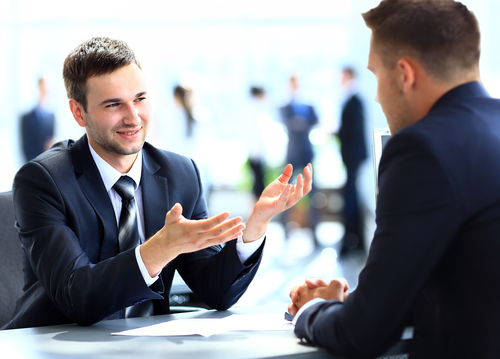 With great effort, human beings are getting some understanding of the universe and the various mysteries of life. But, the most complicated matter of study is MAN himself. Understanding people – their nature, trait, character and behavior is a very challenging process.

Too often, people grumble and complain, “Why is he responding like this?”; “why is she behaving like that?”; “Why isn’t my client impressed?” But, I say, if we took time and tried understanding people around us, it would be worth it. It will make things easier for us and also for them. Things will work out in a smoother way if the boss understood his employees. Situation at home can be better if the family members took time to understand the psychology of each individual rather than argue over their differences.

We must realize that each and every individual is a pack of ingredients that is different from each other. They have different ideas, tastes, beliefs, mindsets, attitudes and behavior patterns. All these parameters are engraved in them because of their past experiences, cultural and social background, the type of family that they come from, their line of influence and also their psychological makeup.

Most of us know the broad classification of people where we categorize them as introverts or extroverts and some of us classify them based on the ‘four temperament test’ and categorize them as a Sanguine, Choleric, melancholy or Phlegmatic. Understanding people under the light of this truth will help us in the following:

When we understand a person for who he is, it’s easier for us to accept him instead of thinking ‘there`s something wrong with them’ and hence trying to change them. We will know their share of strengths and weaknesses and that will help us not to get angry, bitter, offended or hurt by the other person`s behavior because we will know “this is who they are”. Too often, when people get so mad at someone for his/her behavior, I will surprise them by responding in a gentle and calm manner. What’s my secret? My secret is that I understand and accept people for who they are.

When we understand the psychology of someone, it is easier to predict them. We will know how they will react or respond to a situation and accordingly take the needed steps. We can be prepared to combat any issue knowing “this is what they will do”.

Easier to deal with them

Once we predict people, it is easier to deal with them. If we know what makes them happy or what makes them angry, then we can alter our attitudes and behaviors accordingly just to let things go smooth. For example, if we must tell a bad news to a Mr. X; it’s easier to tell him once we know how he would react to it. If he would react with anger, we should be prepared with some backup plan or be ready to respond to the fiery questions shot at us. On the other hand, if he would react with tears of sorrow, we should be prepared to console him accordingly.

Give them what they need

The most common reason for bad rapport at work and broken relationships is that we are not giving people what they really need. I always tell, “Give people what they need; not what you need”. For example, when in a stressed time; Mr. X might want to go for a walk to release his stress. On the other hand, when Mrs. X is stressed out, she might just want someone to sit by her and encourage her. Mr. X should be mindful of that and give Mrs. X his time and ear. In all aspects, understand the psychology of people and give them what they need at every juncture.

When we know these things and understand the psychology of our employees, clients and also family members, our bitter relationships could become better.