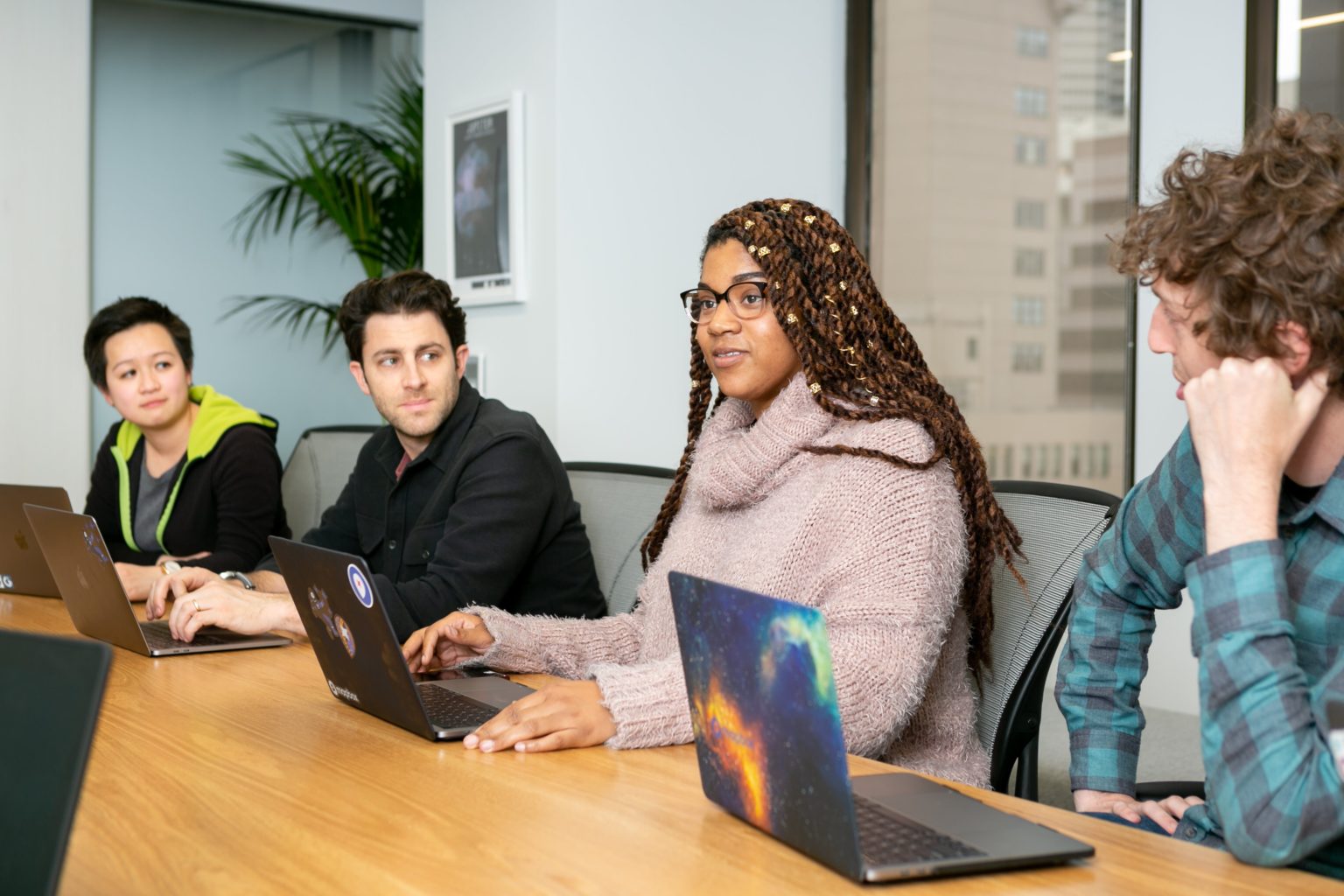 Inequality is a topic that carries a lot of controversies. We still see today, in both the developed and developing world, inequalities in the workplace regarding LGBT, race, class, and gender.

The controversy that arises often comes from an insecurity, that highlighting an issue is a direct attack on the dominating majority – and people don’t want to feel like they’re being blamed, or worse, replaced. It can also be philosophical, with claims that humans are unequal, and that we shouldn’t forcibly try to correct this. We need “equality of opportunity, not outcome” as the mantra. But, do we have equality of opportunity? If there was perfect equality of opportunity, would only 15% Fortune 500 CEOs be women still?

It turns out it’s very difficult to answer this question. But, given that this 15% figure has been growing rapidly as a result of recent efforts to provide better equality of opportunity, it seems we still have some way to go.

A Brief History of the Gender Pay Gap

The gender pay gap has pretty much always existed. It was in the 1860s when it was raised as a political issue in the US, but discourse to close the gap didn’t ramp up until the period of the second world war. The bill “Prohibiting Discrimination in Pay on Account of Sex” was introduced in 1944, but it never made it through Congress. It wasn’t until the 60s that actual policies began to manifest, with the Equal Pay Act, but nevertheless, the pay gap remains to exist even today.

What we do know about the pay gap is that it has been very slow to narrow. In 1960, US women working full-time earned 40% less than men. Today, this number is closer to 19%, with the narrowing being fairly steady since 1980.

The roots of the pay gap are clear: women simply had fewer rights and were relatively oppressed throughout history. Be it through chauvinism and violence or the lack of voting rights, it was commonplace to believe in gender roles: men work, and women stay at home.

Younger generations are decreasingly invested in these gender roles, but they still exist. And, regardless of our views on equality, the evidence suggests that discrimination occurs far beyond pay. For example, business loans specifically for women are arising as a result of the evidence that it’s harder for females to get business financing. If it’s not loans, it’s high-up positions in companies. The glass ceiling still exists, but it’s complicated.

Attempts Made to Close the Gap

At the BBC, salaries over £150,000 are made public. Salary transparency is a tool used to fight against the gender pay gap, and it can be quite successful. In the aftermath, an example of a man earning more than their female counterpart for similar job roles tended to hit the headlines. Though, despite efforts to close the gap, the median gender pay gap at the BBC rose from 9% in 2019/20 to 11.2% in 2020/21. UK companies are told to report pay gap information each year, whilst in the US, any firm with over 50 employees must create a gender pay report every two years.

Other attempts to close the gap have been through selective funding, such as offering more funding schemes towards females for STEM apprenticeships and courses. Affirmative action, too, has been used, in which “one in every X amount of interviewees must be female”. This often isn’t a national law, it’s usually more privately organized, like with the NFL’s Rooney Rule in which all 32 clubs must interview at least two women and/or persons of color when hiring. But, a study by Indiana University economist Todd Walker showed that the rule had had little impact on hiring.

How Big Is the Pay Gap Today?

Globally today, women earn roughly 37% less than men in similar roles. At its current rate of improvement, parity will be hit in 267 years.

When trying to discern which countries suffer the most from a gender wage gap, it’s quite confusing. What we can say is that some countries have a situation where women are paid more than men, and those countries tend to be poorer (Belize, Thailand, Honduras). So, having a highly advanced economy is not a good indicator of gender pay equality. South Korea, Switzerland, Japan, and the US are some of the worst culprits of pay inequality.

Though, some of the countries in which the pay gap looks good, other issues exist. For example, Turkey has a fairly low gender pay gap, but only 19.3% of senior and middle management positions are occupied by women. Whilst in the US, this figure is 43% and in Botswana, 55%. In fact, there are more African countries that are close to parity (45-55%) than European.

Clearly, this is a global issue, and despite the west believing they’re leaders in human rights and quality of life, they’re failing to lead on economic gender issues. And what we also see is that whilst poverty is often pointed to as a reason for discrimination (i.e. a lack of education), highly developed, rich economies don’t necessarily perform better regarding the pay gap. In 2019, Estonia, Austria, and Germany were in the top 4 most unequal EU countries, whilst Romania and Italy featured in the top 3 most equal.

When talking about the gender pay gap, most facts and figures we come across concern the general differences in what each gender earns, not necessarily differences in pay for the same job. This makes the issue a little more slippery, as some argue that women are naturally less ambitious, career-minded, or interested in high-earning sectors. Whether or not this is true is a separate debate, but it can also be argued that this is a social conditioning women face from a young, and aren’t pushed as much as boys towards high-earning careers.

When it comes down to the pay gap for the same job, things begin to look a little more equal. Instead of a 19% difference in pay in the US, this gap is reduced to 1% when accounting for the same job title, education, experience, and hours worked. Any difference here is unjustifiable.

With the introduction of policies regarding disclosing the pay between genders, it’s clear that there has been some success in stamping out a lot of the pay gap for the same job – though this doesn’t fix inequalities that come in different forms.

Wrapping Up: The Paradox of the Pay Gap

What has stumped a lot of activists was a study in 2018 that showed countries with greater social gender equality, like the Nordics, have a lower percentage of female STEM graduates. In other words, in countries where females aren’t overly oppressed and have a high quality of life, they are freer to pick their careers based on their personality and interests, which is shown not to be STEM. Critics argue this can account for the difference between pay gap research with (1%) and without (19%) accounting for the same job, hours, etc.

Of course, this could be rebutted with arguments concerning socialization from a young age, gender role reinforcement, and highlighting other issues like sexual harassment in the workplace. It also doesn’t tackle the issue of gender pay differences within the same roles, which does exist around the world, even if the number is smaller. But, it does show that policies such as affirmative action may be fighting a losing battle here.

Much of the talk around gender inequality comes back to women in CEO or senior positions – which is clearly a cause for concern. We could then consider the idea that gender inequality, unlike most forms of discrimination, is increasingly worse the higher up the socio-economic ladder you climb. As we can see here, wage inequality grows with age, and age correlates strongly with career progression.

Whilst many youthful startups do not have any issues with gender pay differences, even in STEM industries, it could be that females face greater obstacles the higher up the career ladder they climb. A young engineer may even receive positive discrimination, with extra funding and a seemingly better chance than men at landing a good grad job. But, making it to the board of directors, getting a large business loan, or becoming CEO? Suddenly the obstacles begin to creep in.

PrevPrevious Article9 Investment Mistakes and How to Avoid Them
Next ArticleExpanding Your Business Internationally: 6 Tips for CEOsNext