The benefits of using a real translator instead of Google Translate 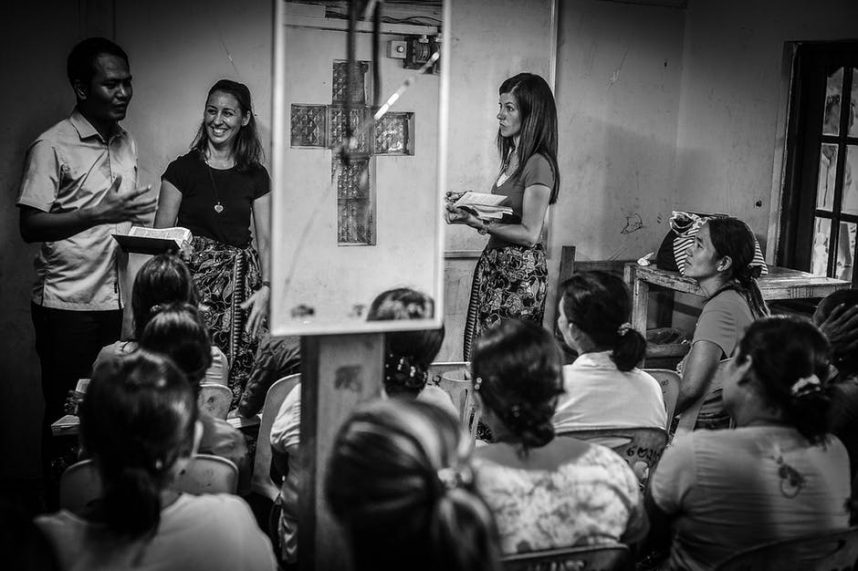 In the world of linguistic translations, Google Translate provides a staggeringly inadequate service. This comprehensive exposé explores the shortcomings of the Web giant’s language conversion software, and it shows why real translators are an invaluable resource during modern globalization.

Proper Nouns
Formal words often get butchered during Google’s translation efforts, especially since the program may attempt to filter proper nouns based on their closest phonetic resemblance. Some of the most substantial deviations away from accuracy occur when these specialized terms are turned into random objects based on mere syllabic similarity.

Sentence Structure
The relationship between subjects and verbs is often reversed in other languages, and this can generate a nonsensical sequential structure for sentences converted through the electronic system’s impersonal automation. Another common switch is between the placement of adjectives and nouns. Only an astute translator can recognize the acute importance of word placement during the conversion of text. Punctuation can also easily become garbled, which only complicates readability further. An inability to properly rearrange the order of a sentence leads to inarticulately fractured speech patterns. The outcomes of most Google Translate projects sound chunky and robotic. Luckily, professional translators can easily demystify the minute details of another language to generate a fluidly flowing vocabulary.

Words with Multiple Meanings
When faced with a word that has several possible interpretations, Google Translate typically selects the most commonly used option; meanwhile, actual translators apply context to deduce the most probable meaning of every linguistic variable. Identifying the likely definitions requires a careful attention that automated websites simply cannot possess.

Frequency and Redundancy
Due to some languages building referential statuses directly into nouns, virtual translations can accidentally contain repititions of articles and prepositions. Other cultures often have many extra terms to refer to a specific singular concept, which means the new translation may be limited to the same word being redundantly used in place of the diverse presentation within the original. An astute translator can stave off this challenge by preemptively explaining the differences between languages.

Unknown Characters
If a user does not have the necessary language packages installed on their computer, they may ultimately be faced with an erratic smattering of unintelligible symbols. In comparison, a serious translator will never resort to sputtering streams of dystopian computer speech, but Google does this all the time.

Cultural Colloquialisms
Regional slang can be difficult to convey across language boundaries. Local turns of phrase must be condensed to their philosophical roots, and Google’s programming has no ability to grasp such clichés. In fact, the automated interface transforms profound idioms into pure gibberish; on the other hand, a real translator is well-versed in the cultural nuances of their specialized languages. The software is simply too literal to coherently comphrehend these abstract ideas.

Regional Differences
Languages drastically vary across geographical locations, and dialectical shifts can lead to radically different definitions.Furthermore, if an accent has been included in a transcription, it will wreak havoc on Google’s deciphering capabilities. Unfortunately, they only offer a single version of many languages, and this attempt to universalize communication has backfired by excluding less prominent populations of speakers. Some terms are inexplicably unique to a specific locale, so translators need to have some background in explaining foreign concepts. Navigating through instances of cross-cultural confusion is an extremely important aspect of a translator’s job.

Rhythm and Prose
Part of language’s powerful effect comes from its dynamic ability to flow with iambic pacing and clever rhyming. Unfortunately, these structural frames do not remain intact in other languages; however, wise translators can preserve some semblance of native creativity with cleverly verbose manipulations.

Security Issues
Confidentiality is a key perk of consulting with a verified translator. Google breaches privacy on a regular basis, and they are in cahoots with the invasive practices of the National Security Agency, which specifically targets international communications for intrusive spying investigations. This entire debacle can be circumvented by avoiding their translation initiative altogether.

Sensitive Discussions
The cost of a translation error can be incredibly high. Expert translators are trained to be incredibly tactful for the sole purpose of avoid offensive mistakes. Google is not kind enough to take put in place essential safeguards against inadvertently vulgar errors. Crucial conversations should be treated with diligent care, so skilled translators are the best avenue available.

Personable Interactions
Google Translate offers an interface that is mechanically cold. All programs have a synthetic presentation, but this system is overly generic. There is no character behind the software, and the bland slate further bolsters the application’s obsolescence. Utility should be merged with attractiveness, but this outdated online tool displays neither vital trait. Contrarily, a true translator is devoted to showcasing empathetic conversation skills. Emotional scenarios can be handled with the utmost sensitivity.

Google shows questionable ethics when they offer meaningless jumbles of illogical ramblings masquerading as a translation. A translator is adeptly refined in their practice, yet Google discards any notions of linguistic delicacy in their approach. There is no mechanism to enforce accountability for poor translations, and the technology mogul completely removes any liability from itself. In contrast, people that are translators by trade have a passion for connecting people that would otherwise be unable to talk. Their career is marked by stringent responsibility and integrity.

Where the popular website illustrates a complete inability to grasp the significance of their shortcomings, dedicated translators convey a stunning ability to transcend language gaps. This skill allows them to exceed the expectations of all parties, which guarantees there will no longer be a chance for qualms pertaining to vagueness or uncertainty. Everything can be explicitly explained in a clear and concise manner. Google may make foreign languages appear inaccessibly complex, but the unrivaled craft of a personalized translation effort will reveal that the fog between languages is artificially exaggerated. By using the help of a real translator, anyone can efficiently reach across the formerly untraversable void between speakers with widely differing native tongues.

Gary Feelan is a freelance writer who has been contributing to the itlangco team for a number of years. His wealth of experience within the language translation sector allows him to give an excellent insight into why you should always choose ‘real’ translators.

PrevPrevious ArticleWhat to look for in a Point of Sale System?
Next Article5 Tips to Recruit the Best Human Resources Management System ConsultantNext