5 Leadership Lessons From The Titanic 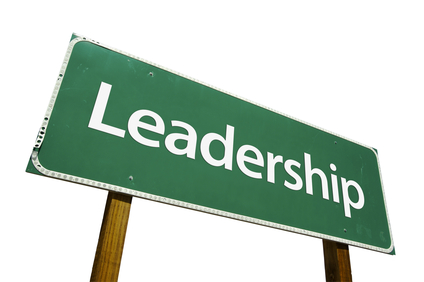 The sinking of the ‘Unsinkable ship’, Titanic sent shock waves around the world as it was considered one of the worst marine disasters killing over 1500 people. She still sets peoples heart ablaze driving them into an imaginary world. But, we can learn some really valuable lessons from her in order to manage our businesses effectively. All aboard! Here we go to learn some leadership lessons from the Titanic.

Don`t be overconfident; forecast all possibilities

The Titanic crew was so confident that the ship was unsinkable, because of the then high technology water tight doors installed on her, that they neglected the need for enough number of life boats. Yes, you may have state of the art infrastructure and technology in your business, but don’t be so over confident that you neglect forecasting and preparing for an emergency.

Most times, the small details that we often regard as ‘insignificant’ play a vital role later on. Ships used to carry both ‘red’ and ‘white’ flares. The red flares were used as distress signals so that any ship floating nearby would come and help. Even though a ship, Californian was just about ten miles from the Titanic, it failed to recognize the distress because the Titanic had only white flares and did not have even a single red flare. One red flare could have saved the day. Same way, don’t neglect the small yet important things because you`ll never know when it’s going to save your day.

Don`t make the headlines for the wrong reasons

Every company starts small with a vision to grow large. Sometimes, with a zeal to expand quickly, they turn to illicit modes which land them in trouble. The Titanic was making excellent time. Yet, with zeal to make it to the headlines, Mr. Bruce Ismay, her owner coaxed the captain to increase her speed so that they reach sooner than expected. History proves that the Titanic did make it to the headlines, not for its speed but for its fall. It’s better for you to start your business slow and steady with utmost care and honesty so that your organization will reach the headlines for the right reasons.

Don`t waste what you have

When the disaster struck the ship, the crew was surely not prepared to handle the emergency. The number of lifeboats were already less and they ended up wasting some lifeboats by letting them down with empty seats. One lifeboat had only twelve passengers in the place of its maximum capacity of seventy five. If her crew had been trained with mock rails to handle an emergency, they could have done a better job and saved more lives. The wise thing to do is to utilize the resource, finance and infrastructure that you have in the best way possible. Give adequate training to improve the skill set of your resources and make regular maintenance of your infrastructure.

Don`t listen to every voice – Use your discretion

Even when Bruce coaxed him to increase the speed, the captain had the right to stir the ship at his discretion. Yet, he yielded to this idea without using his discretion or giving it a thought. At the same time, when the six warnings regarding the icebergs came, they were not even given the slightest importance. You will hear so many voices giving you directions for your business and firm. But, you should dig your heels in and use your discretion in imbibing the right instructions. There are two realms in this; we should ignore the wrong voices and yield to the right ones.

The Titanic was called a ‘ship of dreams’ and it still remains a dream ship for everyone. Same way, is your organization the Dream workplace? If not, why don’t you use these leadership lessons to make it a great place to work?