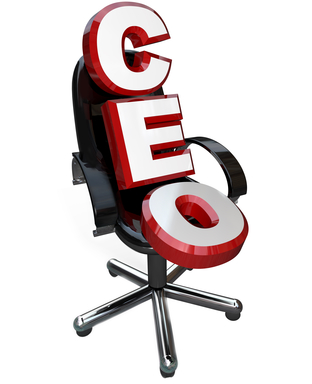 Recently one of my employees asked me “Who is an entrepreneur?” Oddly, after being one for over thirty years, I rarely stopped to think about it — I guess in the same manner that a lion never stopped to ponder what being a lion is. There are entrepreneurs, CEOs, and The Entrepreneur CEO.

Entrepreneurship seems to be a new buzzword on the lips of young Indians these days. For decades families viewed higher degrees with pride, and entrepreneurship for those that couldn’t cut it in higher learning. Today however, India is looking differently at entrepreneurship, and based on all the new workshops, university course material, and meetup groups sprouting up everywhere, it seems that it has grabbed hold of the younger generation’s imagination.

When I was asked if I’d like to contribute to an on-going column, I thought that this topic might be a good one to start with. You may ask why that is considering that CEO Hangout is a community of seasoned CEOs, CXOs, and C+ level executives connected through the forum and CEO Hangout live events.

The answer is that CEOs and entrepreneurs are not necessarily inclusive nor exclusive of one another. That is to say you might be a CEO but not an entrepreneur, or just as likely an entrepreneur with a CEO title. But, the important distinction in that one is a job title (with specific job functions depending on the nature and scope of the organization), while the other is a way of thinking; a way of being.

What is entrepreneurship and who is cut out for it?

Wikipedia defines entrepreneurship as “the process of identifying and starting a new business venture, sourcing and organizing the required resources, while taking both the risks and rewards associated with the venture.” So who is an entrepreneur?

That defines what entrepreneurship is, but not the elements of what makes an entrepreneur. These elements might include characteristics like ego, passion, unending optimism, untiring energy, ambition, courage, the pursuit of legacy, and the freedom to pursue one’s own vision. Do you need all these qualities? Probably not, but any successful entrepreneur will have some combination of many of them.

When you really delve into entrepreneurship and what it means, the results can be complex and confusing. Entrepreneurs tend to be visionaries and creators. And being an entrepreneur is not something you learn, it’s something you are. Like a musician, artist or glass blower, it’s an art, a craft. One can learn “how” to do something, but higher success requires that they are gifted at it as well.

While business theory is helpful, it is not the manuscript from which you will write your success. In fact on some levels business theory taught in universities is just that, theory, and much of it never comes into play in the practical business world. A terrific example of which I speak is contained within this scene from the film Back to School. While the film was a comedy, this scene was spot on in demonstrating the point I am making.

Who is an Entrepreneur CEO?

Let’s begin with the core elements of an entrepreneur: vision, passion, instinct, and in part juggling and storytelling. You have to have something to create (vision), you have to have the courage to leap and believe, the endurance to power through the difficulties and roadblocks (passion), the flexibility and ability to know when to change direction on a dime — and when to pass up seemingly great opportunity to stay the course (instinct) –, the dexterity to wear many hats and oversee many actions at once (juggling), and the ability to sell the story of your vision (storytelling).

If you think you’ve got those qualities, then ask yourself WHY you want to be an entrepreneur. If its for fame, glory, more free time or money, choose another road, because on the path of entrepreneurship only the committed win, and without a passion burning within you, you’ll tire and falter.

The other ingredient is just the right blend of ego mixed with confidence. Ego can lift you up to keep pressing onward despite all those telling you that you can’t win; too much ego however can also cause you to lose sight of the objects when too much pride takes hold of you.

Can you stick to your course with a clear head despite others challenging your intelligence; can you resist the knee-jerk reaction of distraction to”show” people how smart you are? At the same time, do you have the humility to recognize when you’ve made a wrong choice, make the changes necessary and acknowledge that you made a mistake — can you carry the weight of error?  Or will you allow pride and stubbornness to control you, leading you to dig in and defend your bad decisions with clever debate?

These things may seem trivial and theoretic, but they are ever-present and real hurdles on the road of entrepreneurship.

Entrepreneurs might be a little insane too. We operate and pursue ventures without a safety net below.  I guess you could say we’re to some degree thrill-seekers, unafraid of what we will face just around the bend, or where each new turn will take us.

While many young people [in or just out of university] may feel passionate about a path to follow, many still have a backup plan — like pursuing a law or accounting degree, or here in Bangalore an engineering degree. But an entrepreneur has no back up plan — they leap in with full commitment and without a parachute … and then hope to hell they can fly.

Some may see this as foolish. On the other hand, when Cortez reached the New World he burned his ships to provide his crew with committed motivation. Thus no safety net can be a key motivator to succeed, because failure leaves them no options.

It might seem to the reader that I am suggesting that to be an entrepreneur is someone that is a passionate, ego-driven, risk-taking-no-holds-barred optimist. Well, in some regard, yes, that is exactly what I am suggesting.

Being an entrepreneur requires a certain self-confidence and an ability to rise above one’s own fears to succeed. Few recognize that their actions are in fact driven by the fear of success, or the fear of failure. For all those that dream of their big payday, wanting and doing are two entirely different things. History shows us that most “overnight success” stories were years, sometimes decades in the making. Any venture capitalist would allow for a startup to take 12 to 18 months at a minimum to prove itself.

Let’s further define an entrepreneur as someone who is:

Starting and running a business is draining, emotionally, physically and spiritually. Many will say that entrepreneurship is solo-preneurship. And it’s not enough to be driven, smart, creative and whatever other attribute you think necessary, it is equally important to know what you are truly gifted at, and what you’re not gifted at. And often timing and luck can set the stage for your success or failure.

Until next time, stay strong and be victorious where you stand.