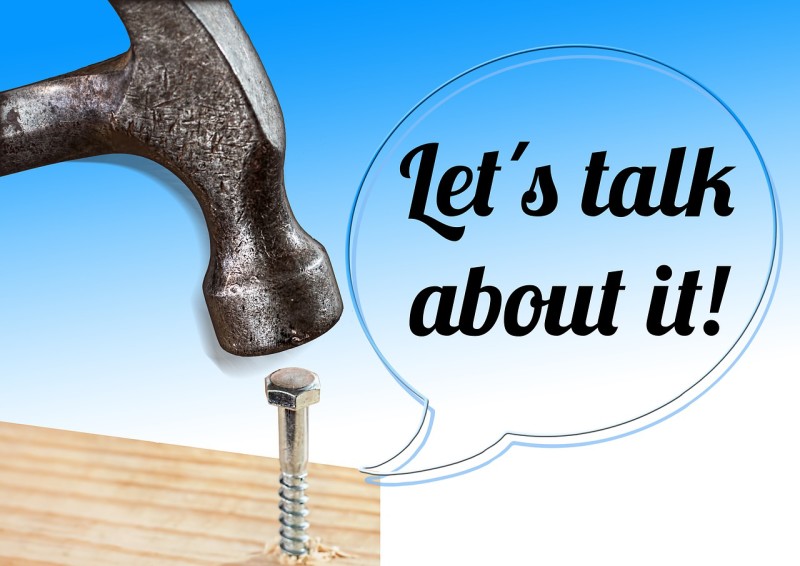 An effective leader can lead — even when they’re following. Sometimes it requires command of a situation, while other times they simply need to know when to get out of the way. Leaders are storytellers, those that can show the rank and file the overall vision of the Company, and inspire them to fulfill it. Leadership traits in people are generally seen from an early age, but these traits can be developed even later in life.

Business theory provides the blueprint to set up and run a business; it outlines the operations architecture one should create, the management hierarchy one should employ, all on the promise that this will lead to the land of milk and honey. However theory and practicality don’t always go hand-in-hand, as is humorously — but accurately — displayed in a scene from the film Back To School with Rodney Dangerfield (below).

Leadership theory and leadership practicality can also have a wide disconnect. There is a great misconception that leaders “command” people to do things, and their force-of-will causes people to comply. But if one follows out of fear of a boss’s threat —  –of physical harm, financial ruin, loss of face and/or status, is that leadership, or intimidation?

While fear can be a motivator that yields begrudging obedience, it also stifles motivation and creativity.

One can lead by example, always working hard and gaining a certain respect from their workforce, who are then compelled to work equally hard. But leadership is more than that. True leaders motivate the people around them to be better and rise higher than they knew they could. They educate, mold, and inspire.

A leader gets stuff done. They juggle a short-term agenda and long-term strategies, employee education with service delivery, all with a fair, balanced, and firm presence.

But before we look deeper into that, a leader is also acutely  aware of who their employees are, what they are capable of, and when things have shifted.

For example, an employee of mine was recently delivering under par work. I sensed something was off, so we had a private sit down.  I told them that I recognized their talent and respected their work ethic, but in the recent past their work was below their ability.

My next statement caught them off guard: “If something is troubling you, know that I here as a sounding board to listen, or a shoulder to cry on.  In the absence of that, if you need some time off for personal time that is O.K. too.”’

They then opened up that there was a problem at home and proceeded to explain. I discussed the situation as someone concerned with their mental and emotional health, not a boss looking to quickly fix a problem and get the work output to resume.

Employees are people first, and producers on behalf of the organization second.  After thanking me and leaving, they came back to tell me that they never had a boss do that before — take an interest in their personal life; in the past the bosses simply cracked the whip.

Some may see this as too personal, weak in fact, caring about their personal problems. But I disagree. I think the opposite, that work is personal because it involves people, and when they are healthy and happy then they are clearer of mind and more at easy. Work should push people to achieve their highest creativity, but also rewarding and fun. yes, fun. And no one can have fun if they are carrying burdens all alone.

Leaders understand the difference between being decisive vs being dismissive. Great leaders don’t need to be the smartest one in the room. In fact, they seek out those with expertise beyond their own and allow those experts to thrive rather than conform.

Leaders encourage creativity and fresh thinking outside the box. They allow their legion to explore, but — just as importantly — also understand the importance of keeping the company trajectory in line with the long-term strategies and concurrent short-term agendas and goals, rather than allowing the organization to fall into un-guided chaos.

There many leadership authors. Some believe leaders are born, while others maintain that they are created. Personally, I believe that they emerge from a combination of the two; some innate abilities that can be molded and shaped through practical experience education.