Run Your Own Race 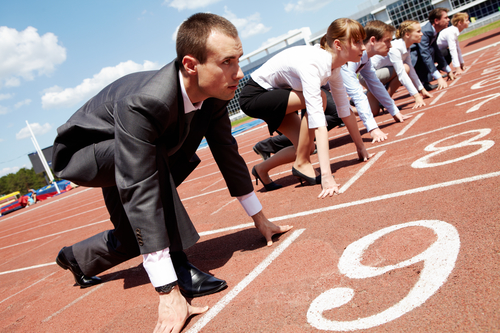 The reason why most people are not enjoying their life is because they have stepped out of their track and trying to fit into someone else’s shoes. Don’t let that be you. If you make it a commitment to run the race meant for you, you will lead a victorious and fruitful life.  Here are some important keys that will help you in running your race:

As a young lady, Phyllis Diller went to a concert where the voice of the singer captured her heart and she said, “I wish I had a voice like that.” Later on, a beautiful actress caught her attention and she said, “I wish I was a pretty actress.” But, down the line she realized that she had an unusual gift of making people laugh. She went on to develop her gift and became one of the most successful stand-up comedians of all times making millions through her shows. You may be looking at others and wishing you had their talents, abilities and opportunities. But, search yourself and discover the talents that are hidden in you. When your destiny revolves around your talents, you will shine brighter than ever.

Don’t discount your talents; but rather develop them. It’s true that you may not yield a great harvest right away, but remember the ‘sowing’ season comes before the ‘reaping’ season. Don’t be discouraged by the poor turnouts. They are only preparing you for a greater return. For instance, while drilling a well, first and foremost, you will get a lot of dust, smog and unwanted substances. But, when you continue going deeper, you will see water gushing out. Same way, when you keep working on your gifts and talents, you will suddenly hit on the best note which thrusts your skills to an all new level.

Don`t let other people talk you out

Most personalities like Beethoven, Walt Disney, Michael Jordan, Colonel Sanders and Enid Blyton were turned down and discouraged from pursuing their dreams and desires. They went through rejections and people gave them all the reasons why it was not possible. Most of them had no support whatsoever but they did not let people talk them out of their dreams. Today, we know how they grew to great prominence by breaking all barriers. Their legacy still continues. Running your race involves turning a deaf ear to negative words.

She lived a very normal life until she suddenly grew to international prominence at the age of 47 by surprisingly winning Britain’s got talent. That’s the story of Susan Boyle who is a great sensation today. Yes, she had her share of fear and a bundle of excuses. But when she dropped her excuses and took the risk, it changed her life in an instant. Most people give excuses and sit back in mediocrity. “I don’t have what it takes. I cannot do anything about it now; it’s too late.” My advice to you: Drop your excuses and start trying.

A grand dad and grandson were on their way to town with a donkey. The grand dad walked while the boy rode on the donkey. Somebody pointed and said, “Look at that selfish boy making the old man walk.” Hearing that, the boy got down and the grand dad got onto the donkey and started riding. Soon, somebody else criticized the old man for making the little boy walk. So, both of them got onto the donkey and started riding. Soon, somebody else came and criticized them for being such a ‘heavy load’ on the donkey. By the time they reached town, they were both carrying the donkey. Here’s my point: if you don’t dig your heels in and stand up to pursue your dreams, you will be tossed to and fro by every idea and comment from people. Forget what people say and start RUNNING YOUR OWN RACE.

PrevPrevious ArticleHow To Manage Your Time?
Next ArticleUnderstanding People – A Beginners GuideNext